The new instrument is based on the discrete frequency infrared spectroscopic imaging technique developed by researchers at the Beckman Institute for Advanced Science and Technology at the University of Illinois Urbana-Champaign.

“This project is about bringing the study of molecular chirality into the microscopic domain,” said Rohit Bhargava, a professor of bioengineering, and the director of the Cancer Center at Illinois. Bhargava is also an affiliate of the Department of Chemical and Biomolecular Engineering.

Molecular chirality refers to the spatial orientation of atoms in molecules or multimolecule assemblies. In biological systems, one molecule may elicit a cellular response, while its mirror image could be inactive or even toxic. While vibrational circular dichroism can be employed to help determine a molecule’s chemical structure and orientation, VCD measurements are time-intensive and could not previously be used to image complex biological systems or solid tissues samples.

The paper “Concurrent Vibrational Circular Dichroism Measurements with Infrared Spectroscopic Imaging” was published in Analytical Chemistry and featured on the cover.

The novel infrared microscope makes imaging of biomolecule chirality possible by accelerating both the acquisition time and improving the signal-to-noise ratio of traditional VCD techniques. “When you send light down a microscope from a spectrometer, you’re essentially throwing away a lot of it,” Bhargava said. “For VCD measurements, you also have to send the light through a photoelastic modulator, which changes its polarization to left- or right-handed. At that point, you don’t have a lot of light left, which means you have to average your signal for a long time to see just one pixel within an image.” 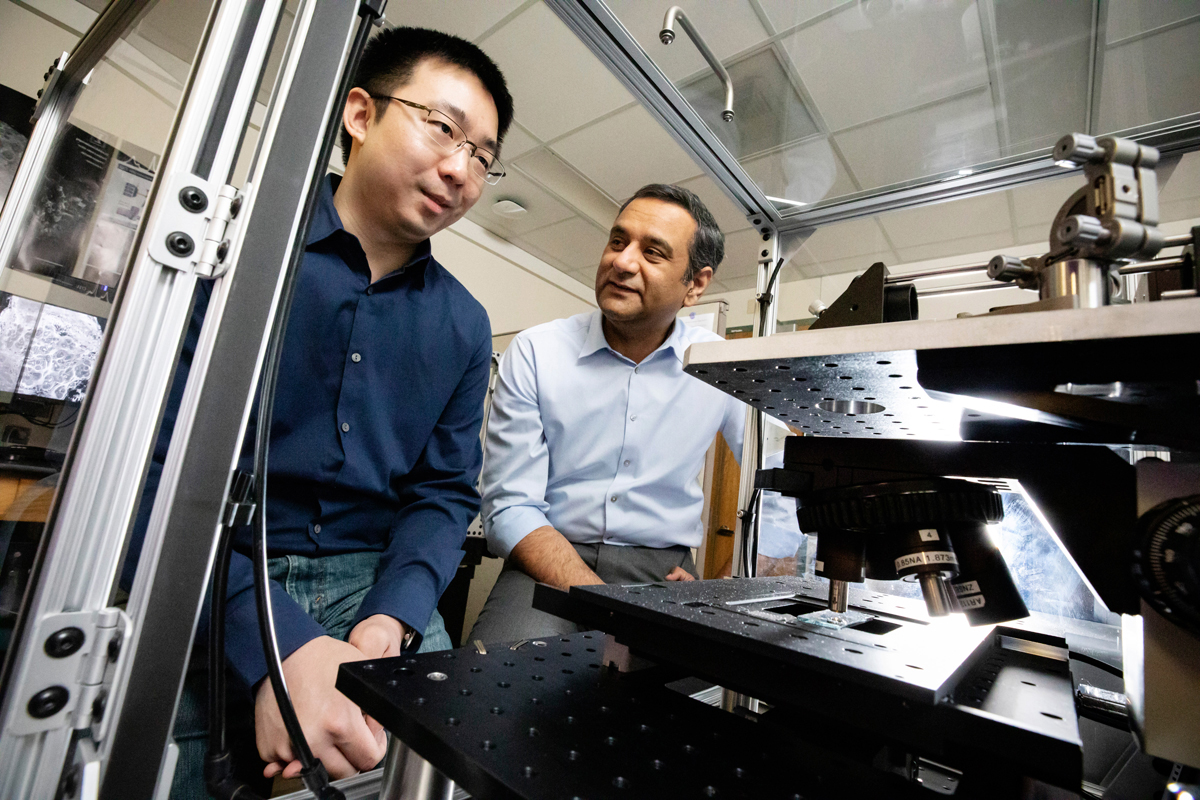 Rohit Bhargava with postdoctoral researcher Kevin Yeh, who designed the custom infrared microscope used for this study. This photo was taken in February 2020.

The Chemical Imaging and Structures Laboratory, led by Bhargava, achieved rapid and concurrent infrared and VCD measurements by building on the framework of their high-performance discrete frequency infrared imaging microscope. Instead of employing a traditional thermal light source, the instrument is built around a quantum cascade laser.

“The laser source motivated the whole design,” said Yamuna Phal, a graduate student researcher in electrical and computer engineering. “The QCL source has higher power, which means we can acquire faster measurements. Previously, you could only perform VCD on liquid samples, but we can image solid tissues as well. This was never attempted before because it takes so long to acquire VCD signals in the first place.” 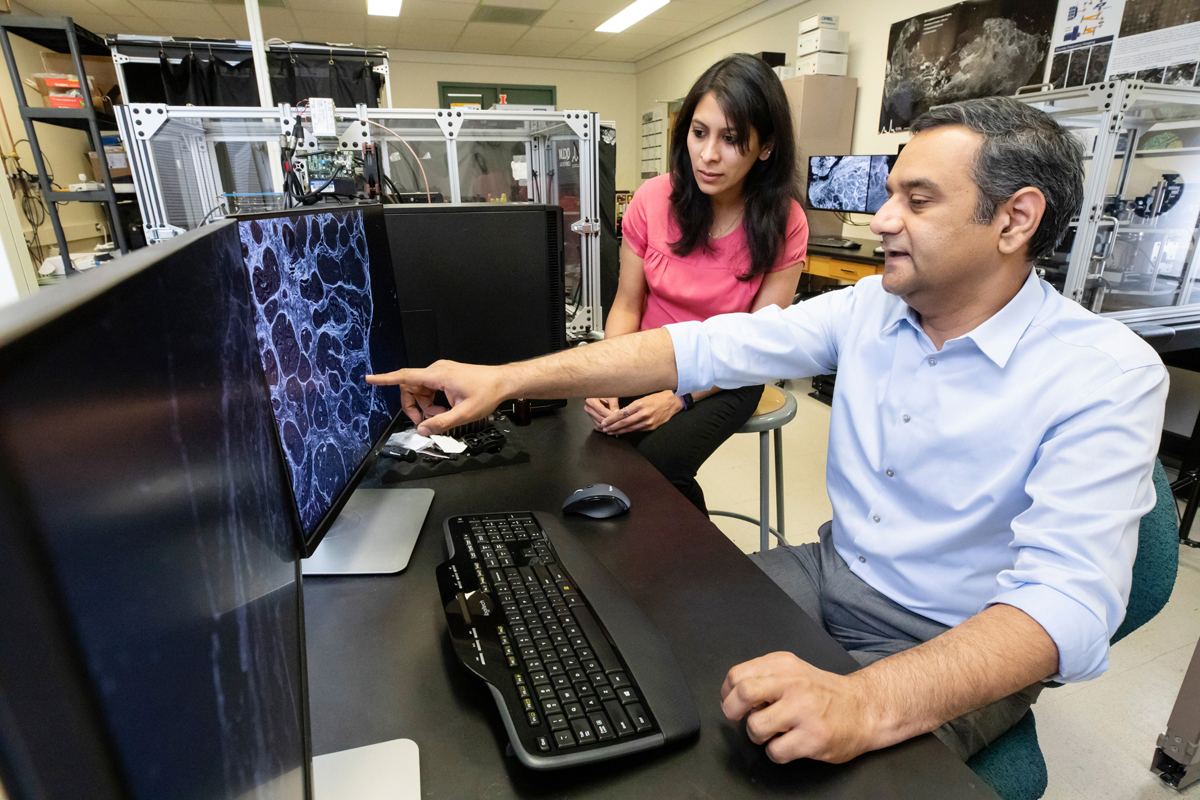 Rohit Bhargava and graduate student Yamuna Phal analyzing a microscopic image of solid tissue. This photo was taken in February 2020.

Kevin Yeh, a postdoctoral research associate, who co-led the development of the microscope, asserted that other applications could arise from the microscope built for this project. “We initially envisioned the discrete frequency infrared microscope as a platform on which other techniques could be built,” Yeh said. “We’ve solved one of these extensions, which is VCD, but we could envision many others.”

Although the applications of this technique could span the biological sciences, the work itself is a testament to the strength of interdisciplinary science. “This project was possible only by bringing together thinking from different fields,” Bhargava said. “It’s a chemistry problem solved by a physics-based design, implemented by an electrical engineering student. It’s in our DNA at Beckman to take that kind of approach to solving problems.”

Written by Kyle Shelton and provided courtesy of the Beckman Institute. Editor’s note: The paper “Concurrent Vibrational Circular Dichroism Measurements with Infrared Spectroscopic Imaging” can be found at https://pubs.acs.org/doi/abs/10.1021/acs.analchem.0c00323.