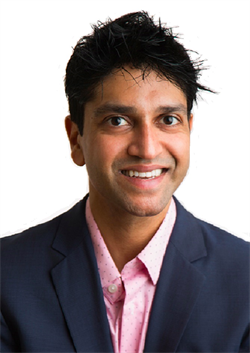 Ajay Virkar says Illinois gave him an excellent foundation in the physical sciences and engineering.

That educational path led Virkar to complete his Ph.D. in Chemical Engineering at Stanford University. While there, he and some colleagues began a side project to develop new materials for solar cells. After winning the NASA technology prize at the Rice Business Plan Competition and first prize at the MIT Clean Energy competition, he co-founded C3Nano, where Virkar is the Chief Technology Officer. The company is headquartered in Silicon Valley with manufacturing and research and development in South Korea.

The company focuses on transparent electrode materials and also is targeting applications ranging from consumer electronics (like touch screens in smart phones and tablets) to clean energy (smart windows, photovoltaics, and OLED lighting).
At Illinois he worked in Professor Paul Kenis’ research lab where he discovered an enjoyment for research.

“It certainly was the positive experience in Professor Kenis’ group that led me to pursue graduate school,” he said. “Understanding my specific interest in materials, he also helped direct me to Stanford for my Ph.D. studies.”

The Thermodynamics class remains the most useful class he took to understand basic physical phenomenon including reactions and states of matter. Other faculty who played a role in his time at Illinois included Nancy Makri and Vitaly Voloshin and the late Linn Belford. Belford’s class on quantum mechanics led Virkar to become more interested in quantum physics.

“I have now made pilgrimages as far as Europe to visit Niels Bohr’s famed institute in Copenhagen and Albert Einstein’s apartment during his miracle year in Bern,” Virkar said.