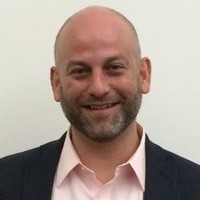 Eric Choban enjoys a challenge—from majoring in chemical engineering as an undergraduate to pursuing a doctorate degree to leading a top, global initiative for DuPont.

Studying chemical engineering as an undergraduate at Villanova University was a good fit for Choban who grew up enjoying science and math.

“I was drawn to science and math, which naturally led me to an engineering career,” Choban said. “However, at age 18, right out of high school, I was uncertain which field to choose.”

During an admissions visit to Villanova, he received a handout that showed career options in engineering fields. “Chemical engineering had the most options and it was also the most difficult major at the time,” says the New Jersey native. “And, I like a good challenge.”

That continued into graduate school. A personalized letter and visits with Professor Jonathan Higdon, helped Choban decide to pursue master and doctorate degrees in chemical engineering at the University of Illinois.

“I visited several graduate schools during their recruiting events to help make my decision, and it was an interaction with Jonathan Higdon that resulted in me choosing graduate school and more specifically, Illinois,” Choban said. “During the decision-making process he wrote me a personalized letter that I keep to this day.”

At Illinois, Choban’s research focused on transport phenomena at the microscale. He co-invented the founding technology and is part equity holder in INI Power Systems, which provides portable, fuel-agnostic power solutions for deployment to austere, unimproved environments anywhere in the world.

Choban says he has many fond memories at Illinois. But an April Fool’s prank stands out for him.

“We placed nitrogen triiodide in Dr. Kenis’ office,” Choban recalls. “He showed up to the weekly seminar series with a bandage on his arm. We became all the more concerned when the department sent out an email looking to identify who played this prank on Dr. Kenis, with expulsion the most likely result. At the end of the seminar, Dr. Kenis got up in front of the class and unraveled the bandage and said April Fools.”

After receiving his doctorate in 2004 (advisor Paul J. A. Kenis), he joined 3M at their corporate headquarters in St. Paul, Minn. In three years, he was leading one of their top global research programs and won the company’s highest technical innovation award for his work on developing and championing microchemical systems.

In 2008, he moved his career to DuPont in the corporate research and development lab at the Experimental Station in Wilmington, Delaware. He was a senior principal investigator on the microbial enhanced oil recovery project and led a project with Qualicon focusing on pathogen detection in food.

He is now the global leader for Application Development and Product Management in DuPont’s Industrial Biosciences business and a member of the business leadership team. Before that Choban initiated, designed, and led DuPont’s Global Innovation Center initiative which included 12 facilities in 11 countries. Success during this assignment resulted in him being awarded DuPont’s top award for commercial excellence. “In the first 18 months of operation, this initiative added substantial top line growth and further built out the pipeline of DuPont,” Choban said.

Choban has authored eight peer reviewed scientific articles in leading journals and is listed as an inventor on more than 30 patents, invention disclosures, and records of invention.

Outside the office, Choban said he likes exploring local food while traveling. “Inspired by chef and foodie Anthony Bourdain, I especially like trying unique local foods such as live octopus (sannakji) in Korea and ant larvae (escamoles) in Mexico,” he said.